Destructuring in a v-for

I recently discovered that you can destructure in a v-for.

It turns out not many of you knew this either, as this ended up being one of my most popular tweets: 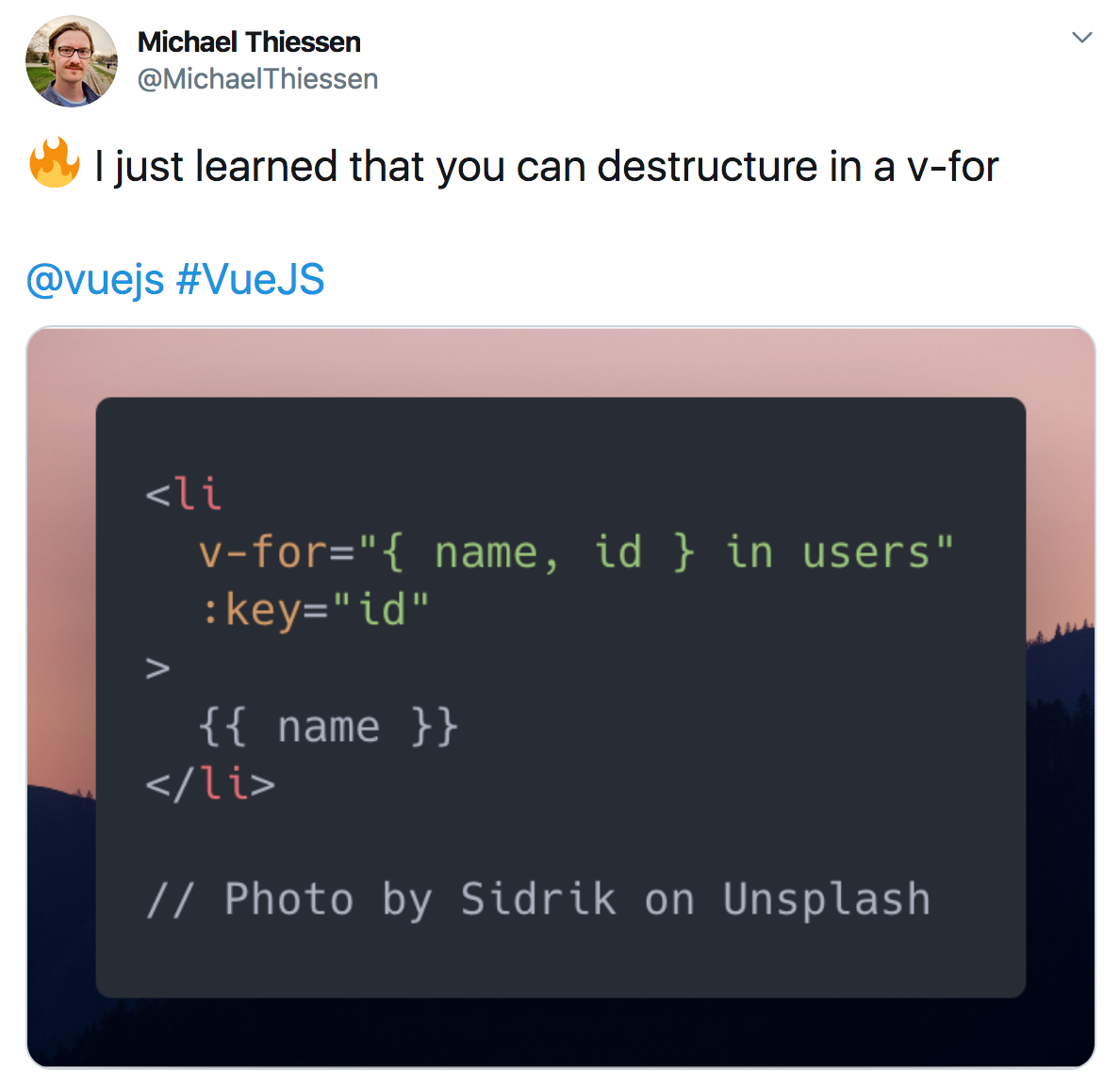 The reason this works is that Vue lifts the entire first portion of the v-for straight into the argument section of a function:

This function is then used internally by Vue in order to render the list.

What this means is that any valid Javascript that you can put inside of a functions brackets can be put inside of your v-for as well. You can set defaults or re-assign values if you want to:

Any sort of wild destructuring you like can be done here. Just don't go too crazy 😉

It's more widely known that you can grab the index out of the v-for by using a tuple like this:

When using an object you can also grab the key:

It's also possible to combine these two methods, grabbing the key as well as the index of the property:

Vue does support iterating over Map and Set objects, but since they aren't reactive in Vue 2.x, their usefulness is quite limited. You can also use any Iterable here, including generators (which have some good use cases.)

As an aside, I have sometimes used a Map or Set, but typically only as an intermediate object to do a calculation. For example, if I need to find all unique strings in a list, I might do this:

I have one last thing about v-for that I want to share with you.

Did you know that you can also iterate over a string with v-for?

This isn't in the documentation, and I only found it because I was reading through the code to figure out how v-for was implemented, but here it is:

This will print out each character inside of it's own p element.

I'm not entirely sure where you would use this, but there it is 🤷‍♂️

How to Make a Variable Created Outside of Vue Reactive

When Should You Use v-if?

A Better Way to Handle Errors (and Warnings)

Hey, do you want to see something cool I'm working on?

Yes!No thanks
🎉 Price increasing in
0
seconds
Get it now!
Finally, someone has taken the techniques and patterns used by Vue experts and condensed them into a short, easy to read guide.